My non land-based photography practice of observing and documenting contextual perspective of the banal and mundane within my locality, is slowly becoming stronger in direction and intent. Critical viewing and enhanced critical appreciation of my practice has given me the opportunity to acknowledge the difference between consciously viewing and positively consuming my work.

Illustrate this with examples of your work 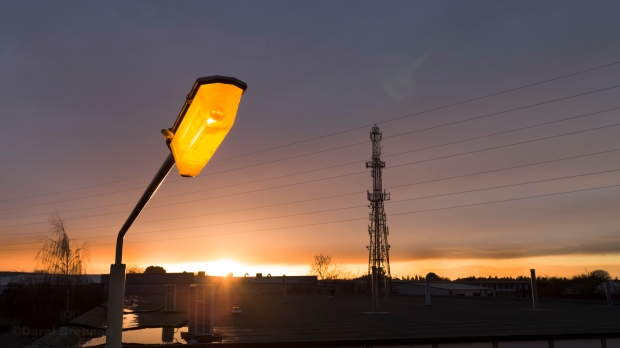 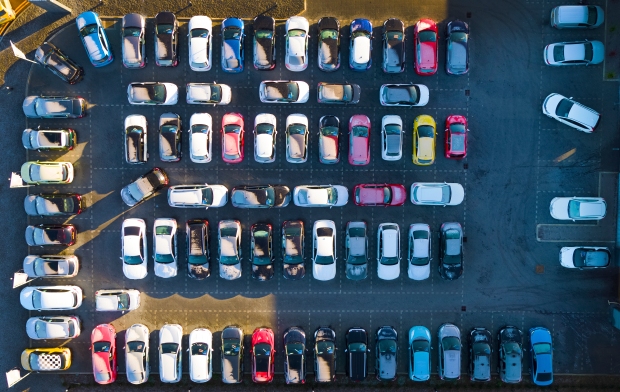 Joanna Zylinska’s recent book ‘Non Human Photography’ (Cambridge, MA: MIT Press, 2017) examines the cameras contextual place in time and the nonhuman eye’s ability to generate futures. The attempt to find new perspectives that would further challenge established ways of seeing, literally and figuratively, was something I simply had to try. In addition, William Eggleston’s book ‘From Black and White to Color’ (Steidl: 01 edition 2014) was influential in helping me decide what direction to take my new non land-based practice. He photographed things where he lived in Memphis. Mundane, ordinary things. Ceilings, car wheels, empty seats, street signs and table tops to name but a few. He captured scenes that no one ever usually noticed.

It was my intent to develop a non land-based practice to capture what I saw around my own community. To demonstrate how potentially interesting mundane and banal things could be from a different (non land-based) perspective not usually visually experienced. Images of everyday items around us normally seen from ground level, or through an upstairs window or tall building. Images that would feed our visual awareness and enhance our viewing experience.

Thinking about Benneton as an example, their well-documented history of using images that get them noticed and talked about by the public, news and media agencies, advertising related industries and academic institutions around the world. With that in mind, I have made the ‘human choice’ not to potentially attempt to shock my viewing audience and not to intentionally provide the opportunity to misinterpret the outcome of my intent. I do not feel the need to record death, war, starvation, make political statements, invade privacy or create images that could offend certain audiences. The human choice is mine.

Evaluate the success / weakness of this work

Initial feedback and comments from my tutors indicate my practice (although recognised as being in its early formulation) has a solid foundation on which to build, move forward and expand. This small, initial element of success has encouraged me to continue and self-evaluate the purpose, direction and final-outcome of my work. I am pleased with the technical success and the overall composition and balance of my images in representing my intention.

In creating this non land-based practise, I was unsure how successful my work would be and still have the challenge of conducting legal, safe flight over enough content to sustain visual variation and context from aerial images in my own locality. In recognition of this weakness in my overall plans, I am considering some expansion into non land-based local heritage to see if I can obtain the visual language necessary to convey my intention.

Outline your plans for further development

One of the single, greatest challenges facing my practice is that of weather and available daylight. I plan to shoot additional images this spring and summer to further explore the ordinary in my locality from an aerial, non land-based perspective. I am going to try to include certain local historical areas to promote further understanding of local heritage. This will need further exploration and development to ensure sustainability of content and contextualisation.

In addition, and to further my development, I have had discussions with a local art gallery owner who has expressed an interest in exhibiting my work. My plan will be to have my own and very first exhibition to include this body of work (and others) this winter/next spring.

The inherent characteristics and contexts of the photographic nature of my own practice is demonstrated by my use of overall perspective to invoke curiosity.

There will inevitably be crossover in all three works we looked at this week.

John Szarkowski – The Photographer’s Eye – Focuses on the photographer

He states 5 characteristics of photography: thing itself, the detail, the frame, time and vantage point. In my own particular practice, I would agree that vantage point – what I would call perspective – of the mundane and banal is captured to contextualise and to potentially confirm the image may not necessarily be mundane or banal at all.

He describes the way we physically construct and understand photographs as levels, which are physical, depictive and mental. A physical photograph as a material object made by coating a substrate in a light sensitive material need not happen in my own practice. In a depictive way, my non land-based contemporary views of the everyday around me could stay a digital piece of work without ever being printed. As technology allows varying methods of digital display, in my practice, a physical print need not ever be made. However, the traditional substrate (and light sensitive coating) could be likened (in my practice) to a digital display and the size of the photograph may be the size of the hanging screen from which the image is viewed. And formal constraints that would be present in a photographic print are present because the digitally displayed image is flat and has edges. In a mental way, Shore describes photographer’s mental understanding of photographs as complex, ongoing, understanding, with imagination and intention. In my practice, the viewer may well align themselves with the photographer’s intention by asking themselves what they are looking at, do they understand what they see, can they relate to the image and does it offer some form of information?

Carrol Squires – Curator of What is a Photograph Exhibition

Shape shifting between traditional photographic platforms of print and digital media output of an image by transmission or digital display raises an interesting question: not what is a photograph, but what is a photograph for? For my practice, a form of display is a photograph. This form of display could well be a traditional print onto paper or canvas or an image displayed through digital device/screen/projected. My images are created to be displayed as a whole image. I have already decided what should be included in the image and selected what is to be considered and contemplated. It would not matter in the consumption of the image if it was printed or digitally displayed as the decision as to what can be seen had already been made.

I am currently experimenting with production of a 3D print of one of my images. Placed on a rotating tabletop, this could be viewed by more than one viewer at once with each viewer consuming the image at the same moment in time as the image rotates towards them. Each having a different view of the same thing at the same time. Thus creating another element of consideration to the physical image and how it’s viewed.

An important characteristic of my non land-based practice is the ability to capture images (within the UK) whilst being compliant to the current Air Navigation Orders (ANOs) that govern UK airspace. It is impossible to photograph anything I like, anywhere I like. As professional UAV pilots, we are prevented from flying above certain altitudes and beyond certain distances.

While this may be an important consideration for me, the photographer, I am hopeful over time that my audience will appreciate the restrictions placed upon me acknowledging my work with that in mind. Over time, the general public and commercial purchasers of aerial image provider’s services, will eventually be made aware of flight confines as drone technology becomes more the norm, is spoken about in the media and safe flight recommendations/registration schemes are issued with all drone sales.

Where am I now

I am realizing the complexities of producing a body of work solely based around my practice of non land-based photography. This is because I the weather has been against me for flight given the small window of opportunity available during winter hours here in the UK. Once summer time hours begin, I will be able to increase productivity.

The ‘Nature’ and intent of my practice

To produce a body of work that encourages the consumer to view mundane and banal objects from a different, not usually experienced perspective. To prove the work that such work can be accomplished by legal and safe airmanship.

What context my work can be consumed in

My work will be consumed by those business sectors that have an interest in UAV pilots and their services for commercial operation, the general public and educational institutions for education and informational demonstrations.

Within the context of other visual practices, my practice is exclusively unique. All images are taken from the air, there is no land-based photography used. I have full colour large format print facilities and large format lamination to produce prints and canvasses of any of my images for commercial/museum use.

The Index and the Icon

Week 2 Forum: A Question of Authenticity

What Roland Barthes means and whether or not you agree

He meant, within the context of photography, that some part of a photographic image may indeed authenticate its existence, the place, the person/s, but may not form or even be in shot in the main overall objective of the final photographic outcome.

I agree with Roland Barthes that photography may authenticate the existence of a scene at some point in time.  But cannot be relied on as an accurate and objective representation of it.

The difference between ‘authentication’ and ‘representation’

Authentication represents a belief in what is perceived to be genuine. A process of verification of what is real and existent. The real thing.

Representation is the belief that what is in existence is a version of what should normally be seen in the given situation, setup or instance. A ‘version of’ because the original concept was not quite possible, but still had to be done or a ‘version of’ because the photographer could not create his final photographic outcome in any other way. A prequel to the final image in the construction of reality.

Let’s not forget the original purpose of creating a photograph was to record and display information by way of a visual image or recording of undeniable proof. Evidence, if you will of something that occurred, that happened weather good or bad and for all to see.

Digital images can cry out for manipulation because it is easier to do now with computer assistance for believable – or if not questionable – results than it was even as recent as 30 years ago.

Contextually, these practices serve a purpose. Usually in two sectors. One in the constant strive for perfection of visual content ie editorial, press, commercial and advertising. Anything less than perfection and believability will not sell. Two, creating artistic form and content in its own right. To expand creativity beyond the image that was seen through the lens at the time the shutter was depressed. To want more that what can be ordinarily seen, what has been captured. To add to perception in the quest for artistic freedom, interpretation, introduction and belief.

How this impacts your own practice

The practice of authenticity is not something I need to consider in my own practice. My practice of non land-based photography exclusively captures the mundane and banal – the ordinary – from my own locality. Any presentation other than truth would not represent the aims and objectives of my practice. To present images that are honest and true. An absolute likeness to the original subject without manipulation. In my particular practice there is little need to manipulate and image born out of truth and integrity.

Into the Image World

A Sea of Images